Will you be playing from the left or right in golf?

In tennis, any racket can serve both left-handed and right-handed players, because both sides are identical. But in golf, both sides of the club head are different. So you have to make a choice before buying your equipment: left or right handed golf set.

In general, left-handed people in life will also be lefty in golf, but exceptions abound. We all know people who are right-handed for some activities but left-handed for others. In fact, hockey players and tennis players have a hard time choosing.

Nadal, a right-hander in life, plays tennis on the left, because his dominant eye, like his brain, is the left. This allows Nadal to have a very precise forehand, but also a very powerful backhand. This gives him a clear advantage over his opponents.

The myth of the best side for golf

That said, the only real opponent in golf is the golf course itself. Some claim that golf courses are generally designed to make it easier for right-handed golfers. I do not believe that, because golf architects like to place hazards in the busiest places. This is the interest of this exciting game: avoid obstacles. For example, there is often a bunker where the most frequent shot of the right-handed player lands: the slice. And right-handers account for 90% of golfers.

Personally, I am left-handed in hockey, right-handed in tennis, ambidextrous to hit baseballs. Nevertheless, as I throw with my right hand in all ball sports, I have adopted the right for golf. Yet, I can hit golf shots with a left-handed club to help my left-handed students better “visualize” their own swing. And the result is not so bad, though less powerful.

Confused? I would be if I were you.

A. Left or right in golf? Some tips to help you choose

Despite this confusion, one side will feel more natural than the other to you. So here are some tips that will help you determine that natural side.

If you do not have a choice

In short, tips 1 and 4 are more important than tips 2 and 3. That said, it may be that this last tip prevails for health reasons (physical limitations or chronic injuries).

B. Left or right in golf? My best tip to help you choose

To my beginners who wonder if they are left-handed or right-handed golfers, I often suggest they try both sides. On purpose, I often first offer a left-handed club to those I suspect to be right-handed, and vice versa. Then, without any instructions from me, I ask them to grip the club and swing it.

By seeing which hand is under the other and what side is their takeaway from, I have two good clues. I repeat the procedure with a club on the opposite side, which allows me to compare their degree of comfort for both sides. Their comments and body language very often confirm these clues. Otherwise, I let them alternate between the two sides after having shown them the correct grip for the left and the right. They are quick to choose what they like the most.

Simply put, it is all about choosing the side where you will feel most comfortable learning golf. The pleasure that will result will stimulate you to persevere. It really is the perseverance and the quality of your practice sessions that will make you a good golfer. In any case, many golfers regularly change sides; they sometimes end, by dint of perseverance, to play better on the new side.

In the end, left-handed or right-handed, every golfer adds five years to his life expectancy. You will always win, no matter which side you play golf from! 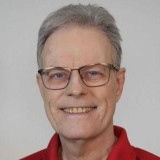